"Just for authority": Polarities in redux 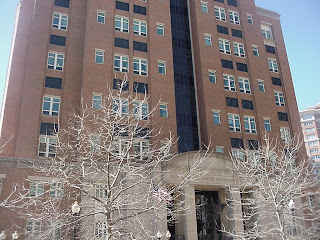 Since my “pseudo-retirement” from mainframe information technology at the end of 2001, I have tested a number of employment scenarios. In some of these (including debt collection, substitute teaching, and at least in a couple of interviews related to life insurance agents) I have been challenged to put on the act of an “authority figure.” In a few substitute teaching assignments, I was criticized for failing to impose a sense of authority and discipline on the less mature students. This has also happened in a couple of family-related scenarios. Actually, the details of a few of these incidents are quite disturbing, and probably wouldn’t be appropriate in a public space, even from me. Other people will take advantage of someone presumed to be in charge when that person is unwilling to do things “just for authority” – a concept that I resented as a boy.

People often express the sentiment that “going to bat for someone” is a proof of that person’s deserved loyalty. The idea of acting assertively for the “protection” (or perhaps just plain pampering) of other family members seems to many people an important component of family values and solidarity. A person who draws attention to himself and therefore possibility draws unwanted or dangerous attention to his family, or a person who fails to protect his family, is seen as rejecting even himself and the most important reason he can exist – to provide for other people. Soap operas thrive on this kind of psychology, with “Days of our Lives” being the worst offender. It’s easy to cross a Schwarzchild Radius with this kind of thinking – and maintain that if a person had “faith” he would prove it by acting publicly when others need him to. This is very tough pressure to deal with. It is not OK with me to "pretend", for the sake of political correctness or the comfort of others (maybe with various masquerades of dress or action), to play "A Most Dangerous Game" according to the rules of conventional masculinity for which I am not equipped to compete. I do realize that the willingness to "compete" this way (according to the rules of family or social heirarchy) may be seen as a necessary prerequisite to being heard from as an individual. That is, I would be expected to pretend to perform as a pseudo-father "role model" in front of kids and compete "like a man" when I really don't (and when it really matters to me who really does "compete") in order to make others more comfortable with themselves. And I would be expected to drop my own personal value system in order to show "openness to new life" and to forming the emotional attachment patterns automatically followed in "The Lives of Others." (Though nobody actually became a parent in that movie.) I.E., I am not morally worthy to propagate my own ideas until I go to bat for "you" first. Nope. Yes, this does sound like a loop of "Just say No!" Won't fly.(Essay).

It’s easy to connect this (authority problem) to homosexuality, at least in men. A gay male may be perceived as rejecting his own biology or lineage, since he presumably doesn’t want to continue it with procreation, a development that could cause profound sense of loss to parents, especially in small families. Instead, the gay male is presumed to express the sin of “the knowledge of good and evil” since he claims he knows what is “beautiful” in his own kind, and it is not necessarily his own bloodline. If that kind of self-expression is socially acceptable, some people (depending on individual family circumstances) will feel that the emotional rewards for marrying, attachment parenting, and remaining faithful just don't justify the commitment required to raise the next generation; the supposed basis for a reasonably free society, with the family at the center, could unravel in the struggle between rationalism and emotion, between "brains and heart" (not just "brains and brawn"). Yet, in this country, we generally don't believe that inherited blood relationships justify royalty or political power.

Of course, modern psychologists (like Paul Rosenfels) have a paradigm to explain all of this: character specialization (polarities) and a description of human interactions that sees truth seeking and the domain mechanism (usually perceived socially as authority) as equal but opposite and necessary activities, not always connected to biological gender. They don’t even need to be connected to sexual orientation. In the movie “Zodiac” director David Fincher casts actor Jake Gyllenhaal as a heterosexual man (the cartoonist Robert Graysmith) with kids who finds truth seeking (doing his own investigation his own way) more important than “controlling” his family or advancing in a conventional sense.

The other side of the coin is the belief of family members (or of members of a union, or of any socially cohesive group of people with common needs) that they are entitled to demand the loyalty (call it “solidarity” or "watching your back") of individuals who might otherwise (like me) draw attention to themselves with unusual candor, or who might not want to fight publicly for their causes just because of their needs. People who perform in life well on their own terms do not need to depend on others to bow down to their needs and pamper them. “It’s hard out here for a p—p,” isn’t it. Donald Trump always says “losing is a b___” and that you can’t have it both ways. But family does need to be there for people, if only to keep government away.