Washington Post: Congress should repeal "don't ask don't tell" and do it now! 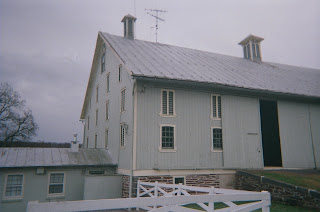 To quote the president from the State of the Union speech:

"This year, I will work with Congress and our military to finally repeal the law that denies gay Americans the right to serve the country they love because of who they are. It's the right thing to do." The Post adds, “The ball is now in Congress's court.”

Patrick Murphy has 187 sponsors in the House. He needs 218 votes for passage.

The Washington Times, as usual, threw cold water on lifting the ban with its Monday morning headline (of its $1.00 international paper) "Tough fight set for gays in military; Obama wants ban repealed, but House and Senate not sure", link here, detailed story by Rowan Scarborough. By the way, you can tell by looking at the names of story writers at the Washington Times who survived their 40% job cuts recently during their "restructuring."

Picture: from Eisenhower farm in Gettysburg PA
Posted by Bill Boushka at 5:40 AM

Labels: gays in the military